Xiaomi has announced that a launch event for new smartphones, tablets, and gadgets will take place on August 10th. The highly anticipated Mi Mix 4 will also be unveiled at this event, according to the company.
Xiaomi has released a teaser poster for the Mi Mix 4’s unveiling next week on Weibo. 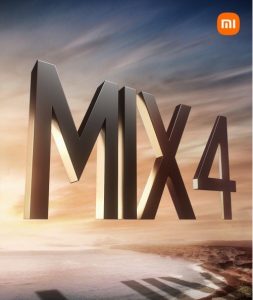 The teaser does not feature any images of the handset or specifications, but we do know that it has the model number 2106118C courtesy to recent TENAA listings. It will have an internal storage capacity of 256GB and 8GB/12GB RAM.

The display is first completely lighted, but once it dims, we can see the punch-hole selfie camera that will be hidden below the panel. On top of a 5,000 mAh battery, the Xiaomi Mi Mix 4 is expected to have the Snapdragon 888 processor with 120W fast charging. A secondary display on the rear, along with a quad-camera configuration similar to the Mi 11 Ultra, has also been spotted in leaked renders.

Last week, Xiaomi’s PR revealed that the Mi Mix 4 will come preloaded with MIUI 12.5 out of the box.