Home Technology and Energy The Xbox App for Windows now has access to Microsoft’s xCloud Gaming... 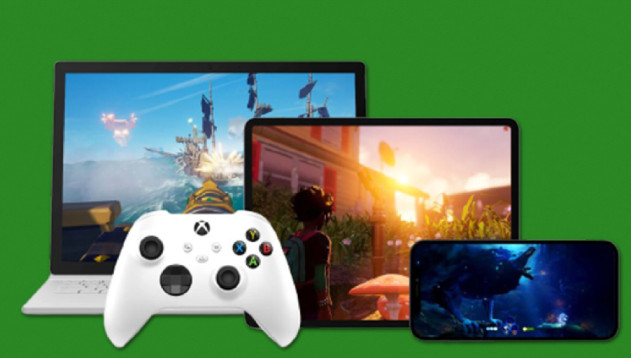 Since June of this year, xCloud has been available for web browsers, but Microsoft has now introduced the cloud gaming service to its native Xbox software for Windows, allowing you to access 100+ titles directly from the Xbox app. Because the feature is currently under beta testing, you must be an Xbox Insider and a Game Pass Ultimate member to try it out.

The Xbox app now includes a dedicated “cloud games” section for xCloud, allowing you to view the whole library of cloud games in one place. Other handy features in the freshly updated app include network and controller status bars, which make it simple and quick to verify those connections. Social features has also been introduced, allowing you to keep up with and stay connected with your friends, as well as the opportunity to invite individuals who are playing on the cloud into your own games.

We’ve also added some new features to help you get started, such as easy-to-access information about controller and network status, social tools to keep in touch with friends, and the ability to invite people to join you in a game, even if they’re playing on cloud without the game loaded.

To participate in the fun, you’ll need a controller linked through Bluetooth or USB, as well as a reliable internet connection, similar to how xCloud works on web browsers.
It’s unclear how the xCloud experience on the Xbox app will change from the pre-existing web version, but given that it’s now baked into Windows, we should expect better integration and a more fluid UI. 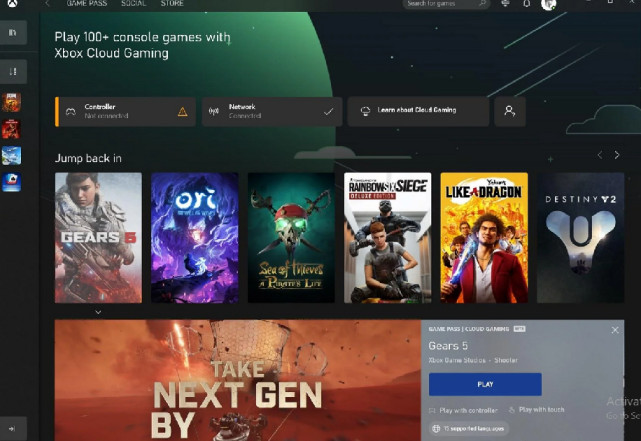 xCloud with Xbox App will be available in 22 countries, and you’ll need to be a Game Pass Ultimate member to use it because the cloud games part is located in the Xbox app’s Game Pass section—xCloud has always been free for Game Pass Ultimate members.
Furthermore, you’ll be able to pick up where you left off on an Xbox console or another cloud device while you play on xCloud. You may also use xCloud to download games to your console for offline play.

Speaking of consoles, the new Xbox software will allow you to stream games directly from your console to a PC, allowing you to play games locally if you don’t want to broadcast them over the internet.
If you want to try out xCloud with the Xbox app, you must first sign up for the Xbox Insider programme, which is separate from the Windows Insider programme.

To begin, go to the Microsoft Store and download the Xbox Insider Hub app along with the most recent version of the Xbox app. Before you open the Xbox app, go to the Insider app and sign up for the programme. You’re now an official Xbox tester, which means that in addition to xCloud, you’ll be signed up for future beta/early testing for everything Xbox.

If you prefer not to do so, you can still play xCloud on the web by going to xbox.com/play.
It should be noted, however, that once xCloud has completed its beta period, it will become publically available on the Xbox app. Microsoft is collecting early comments on this service in order to help enhance it and improve the overall experience for everyone.

Thank you to everyone who takes part in the Xbox Insider Program.
Your comments will help us create a fantastic cloud gaming experience for Xbox Game Pass Ultimate members through the Xbox app!

After a single viewing, WhatsApp images and videos can now be deleted