Home Technology and Energy Match Group is expanding its dating app portfolio with audio and video... 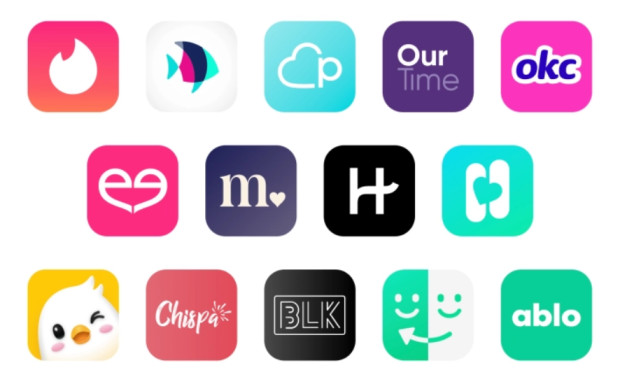 Match Group, the parent company of Tinder, announced during its second-quarter earnings that it will roll out audio and video chat, including group live video, and other livestreaming technologies to several of its brands over the next 12 to 24 months. Hyperconnect, the social networking business that became Match’s largest purchase to date this year when it bought the Korean app creator for a whopping $1.73 billion, will underpin the developments.

Since then, Match Group has remained tight-lipped about its plans for Hyperconnect’s technology or its long-term strategy with the company, albeit Tinder was recently observed testing a group video chat tool called Tinder Mixer. Following the Hyperconnect transaction, the move appeared to imply some study of social discovery tools. Tinder, on the other hand, told us at the time that it had no intentions to bring that product to market in the coming year.

Following the acquisition’s official conclusion in mid-June, Match Group provided a little more insight into the future of Hyperconnect during Tuesday’s earnings call.

Match Group CEO Shar Dubey, who took over as CEO in January, says the business is enthusiastic about the possibility of integrating Hyperconnect’s technologies into existing Match-owned dating apps.

This includes, according to Dubey, “AR features, self-expression tools, conversational AI, and a number of what we would term metaverse components, which have the potential to revolutionize the online meeting and getting-to-know-each-other process.”

Many of these innovations came from Hyperconnect’s Hyper X lab, the same in-house incubator whose debut product is now one of the company’s flagship apps, Azar, which was acquired by Match Group. Dubey also mentioned that the organization was already working on these technological linkages.

Match Group anticipates at least two of its brands to be connected with Hyperconnect technologies by the end of the year. By the end of 2022, a number of other brands will have Hyperconnect capabilities. Match’s goal is to change people’s perceptions of online dating in the process.

To date, online dating has been a very consistent experience throughout the industry, with applications focusing mostly on profiles and photographs before offering some sort of matching tool — whether swipes, quizzes, or something else — to match people.
Tinder began to break out of that pattern in recent years as it experimented with a variety of various experiences, such as its “Swipe Night” in-app video series, which allows users to pick their own adventure, video profiles, instant chat options (via Tinder’s product, Hot Takes), and others.
However, it missed some of the real-time features that people experience when they meet in person.Match believes Hyperconnect can help improve the online dating experience in this area.

“Bridging the gap between people chatting online and meeting someone in person has always been one of the holy grails for us in online dating,” Dubey said.
“These technologies will someday enable us to create experiences that will assist people in determining whether or not they have that elusive chemistry…
“Our ultimate goal is for individuals to never have to go on another awful first date,” she continued.

Of course, Match Group is portraying the Hyperconnect deal as more exciting since the innovation it delivers — not simply the independent applications it controls — comes at a time when the company’s revenue projections for those apps haven’t been realized.

Match Group expects Hyperconnect to generate $125 to $135 million in sales in the second half of 2021, a financial forecast that the firm admits indicates some trepidation.
This was linked to COVID effects, notably in the Asia-Pacific area, where Hyperconnect’s apps are used.
A more saturated industry and Apple’s adjustments to IDFA (Identifier for Advertisers), which have impacted a variety of apps — including rival social networking apps like Facebook — have also hampered Hyperconnect’s growth.

While Match still expects “solid revenue growth” from Hyperconnect in 2021, it has stated that integrating new technology into the Match Group portfolio is now “a higher priority” for the company.

Match Group reported mixed results in the first quarter, with revenue of $707.8 million, which was higher than expert expectations, but earnings per share of 46 cents, which was lower than expectations of 49 cents.
The number of paying consumers increased by 15% to 15 million, up from 13 million in the previous quarter. Following the earnings report, shares dropped 7% on Wednesday morning.

After a single viewing, WhatsApp images and videos can now be deleted