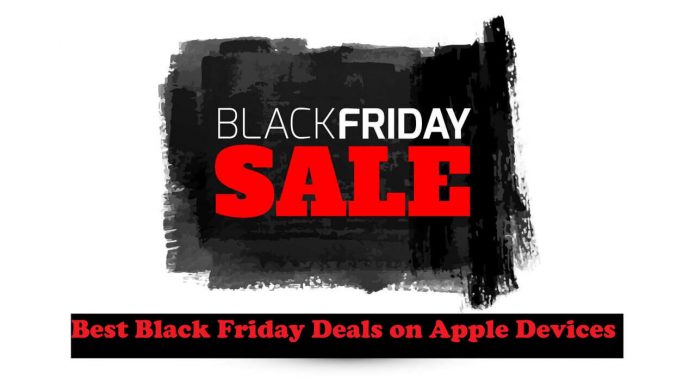 Every year people wait anxiously for the Black Friday deals to avail the best prices on their favorite products. Apple rarely offers lower prices on its products. However, other retailers like Walmart, Amazon, and BestBuy have reduced costs on everything from clothes to accessories.

Apple fans always wait for special promotions on the products where they get up to $150 on the Apple Gift Card. This year from Friday 27th November till Monday 30th, customers can avail of different offers on online Apple stores. For example, when you buy Apple Watch Series 3, you get a $25 Apple gift card. With the black Friday deals already rolling in on Apple devices, we can see very good deals on Air Pods, iWatch, MacBooks, and iPads. In our opinion, during the Black Friday weekend, Amazon, Walmart, and Target are the best places to shop for Apple devices rather than the Apple store itself.

Let’s have a look at some exciting offers on the Apple products this weekend;

The March 2020 MacBook Air model with core intel i3 starts selling at $999. Black Friday deals have provided an opportunity to people to buy this at $899 from Amazon. There might be another price cut in the coming week, but this is the best price offered up till now.

Note: However, note that this is not the new MacBook Air model with an M1 chip.

As compared to the Apple store, you can now save $30 on the 8th Generation Apple iPad. The Apple iPad with 10.2 inches display, 32GB memory is powered by A-12 Chip can now be bought only for $299. Apple store sells it for $329. However, the education store at Apple also sells the same iPad for $299.

On the other hand, Apple Watch SE which launched recently in September has a considerable price cut this week on Walmart and Target. The watch is priced at $260 on Amazon. Whereas at Walmart and Target, the prices are $230 for 40mm and $259 for 44mm.

The normal price of Apple’s MacBook Pro is $2399. On this black Friday weekend, you can have this model at $2149. Save big on this amazing sale. The model that is on sale is the MacBook Pro 16-inches Core i7.